When Broswers Say “Death to Flash”, We Respond! You’re Welcome! 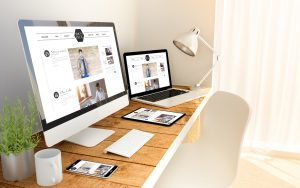 Remember that fun Flash game you used to play back in 2002?  It was the perfect way to waste hours of your life and you weren’t alone.  Flash was ubiquitous for a number of years.  It was the only game in town when it came to being able to do anything interactive in the browser.  It had the market cornered on all things games, animated website intros, watching video and myriad other Internet activities.

Then, the market started to shift.  The trusty old friend that you went to whenever you had a few minutes of free time was to soon be overshadowed by HTML5 and Apps.  It was an all out war.  The antiquated, gaping security hole and ram hog that is Flash was starting to show it’s weakness.  All of the major tech companies that had been built on the back of Flash were now starting to give it the evil eye.   Right around 2007 things started to go mobile and the writing was on the wall for Flash.

Sorry Flash, you had a good run but it’s now time to fill that security hole and lighten the load that has been bogging down browsers for 15+ years.  “Death to Flash” and “Make it so” said the major browser developers.  It’s time for Flash to go up onto the mantle of tech we used to love, to sit right next to your favorite VCR and mixtape.

That’s right, soon all browsers will be blocking Flash by default.  Some will bury a setting that is hard to find to even enable it.  We’ve been monitoring this closely and were standing by, waiting for the final word.  We wanted to make sure we were out in front of the issue and weren’t stuck scrambling like other providers will be.

In anticipation of the browsers starting to block Flash by default, we have replaced the upload tool in eCommerce with a new version that does not rely on Flash.  This was rolled live last week.  In addition to the removal of Flash, it also comes with an improved user experience for assigning images to products.  You’re welcome!

By: Brett Ratner, COO at maWebCenters